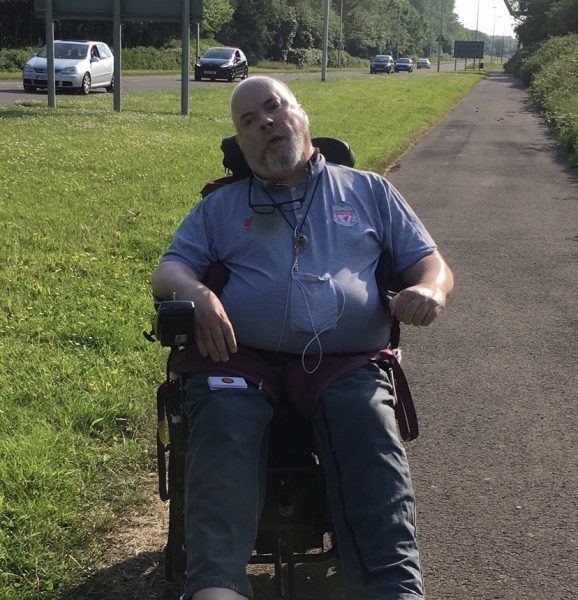 Credit: Alan, left, meeting Kenny Dalglish on a visit to Melwood in 1985

It is with sadness we have to report that a valued member of the King of the Kop family has passed away.

Alan Hughes, who was disabled all his life with muscular dystrophy, sadly died on Sunday 8 April 2018 at the Prince Philip Hospital in Llanelli where he lived. He was 51 years old.

He was a passionate supporter of Liverpool Football Club for more than 40 years since the night the Reds won the European Cup in a 3- 1 victory over Borussia Mönchengladbach in 1977. Alan was eleven years old at the time and this famous victory set off a life-long passion for the club.

He was particularly fond of Kenny Dalglish, our legendary striker and manager, who was a childhood hero of Alan’s, and who he had the pleasure of meeting on a private visit to Melwood and Anfield with his family in 1985.

Alan could best be described as a Liverpool super fan. Since 2009 he built a huge following on Twitter with more than 41,000 fans following his passionate, no holds barred, updates about the Reds.

Alan was a regular contributor to several Liverpool fan sites and online communities, including King of the Kop. We will always be grateful for the contributions Alan made to King of the Kop and his tireless promotion of the site.

We are sure Alan will be really missed by the wider Liverpool FC family online.

His cremation took place in Aberystwyth on Thursday 19 April 2018 where family and friends gathered to remember Alan the man, and the life he lived. His coffin was carried into the service to the strains of You’ll Never Walk Alone.

Credit: Alan on a private visit to Anfield in 1985