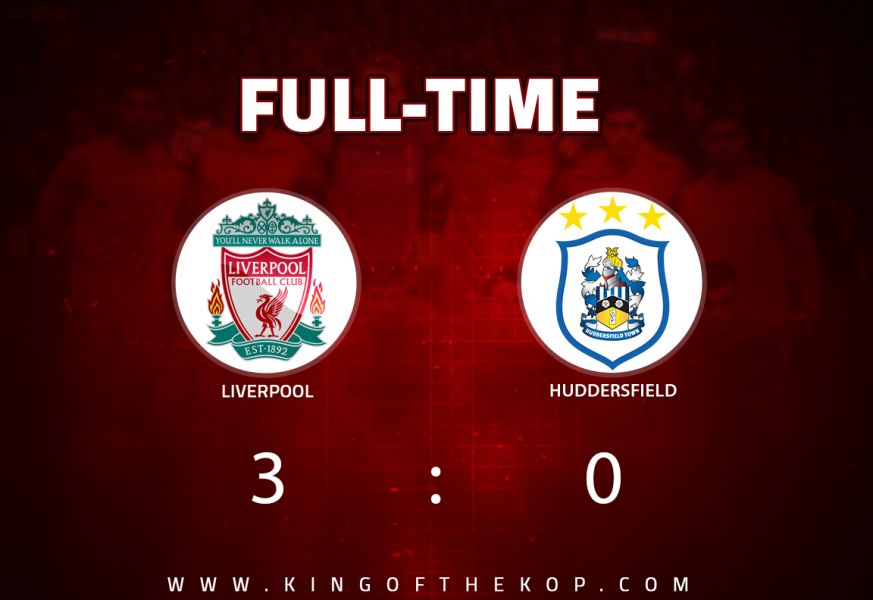 When the team sheet was initially released Jurgen Klopp demonstrated he had kept faith with Dejan Lovren after the humiliating defeat at Tottenham last week. But an injury to the Croatian defender in the pre-match warm-up saw him drop out and Ragnar Klavan come in.

Elsewhere, Daniel Sturridge replaced the injured Philippe Coutinho in attack, and Gini Wijnaldum returned from injury in midfield so Emre Can had to make do with a place on the bench.

Liverpool dominated the first half in terms of possession but it was fairly pedestrian football with the Reds struggling to create any chances to capitalise on their overwhelming possession.

As the first half was drawing to a close Liverpool were awarded a penalty for a shirt pull on Robert Firmino by Huddersfield’s Tommy Smith. However, as if to sum up Liverpool’s current frustrations, Salah’s penalty was beaten away by Huddersfield keeper Lossi and when the rebound fell into the path of Jordan Henderson he failed to convert.

The second half was a completely different story.

Liverpool went ahead in the 50th minute when Daniel Sturridge produced a cool, confident finish after a mistake in the Huddersfield defence. It was his hundredth career goal.

The breakthrough seemed to calm Liverpool’s nerves and suddenly the flair and attacking prowess returned to the Reds’ game.

A Robert Firmino header in the 58th minute from a James Milner corner made it 2 – 0. Liverpool were cruising now.

In the 75th minute Gini Wijnaldum smashed home the third at the near post.

The first and second halves were like chalk and cheese. A dire first half was followed by the Reds turning on the style in the second half and ending the game with a much needed 3 points.

The victory sees Liverpool climb up to sixth in the Premier League table with 16 points from 10 games.

Liverpool are back at Anfield on Wednesday when Maribor visit in the Champions League (19:45 GMT) before a trip to the London Stadium against West Ham on 4 November (17:30 GMT).