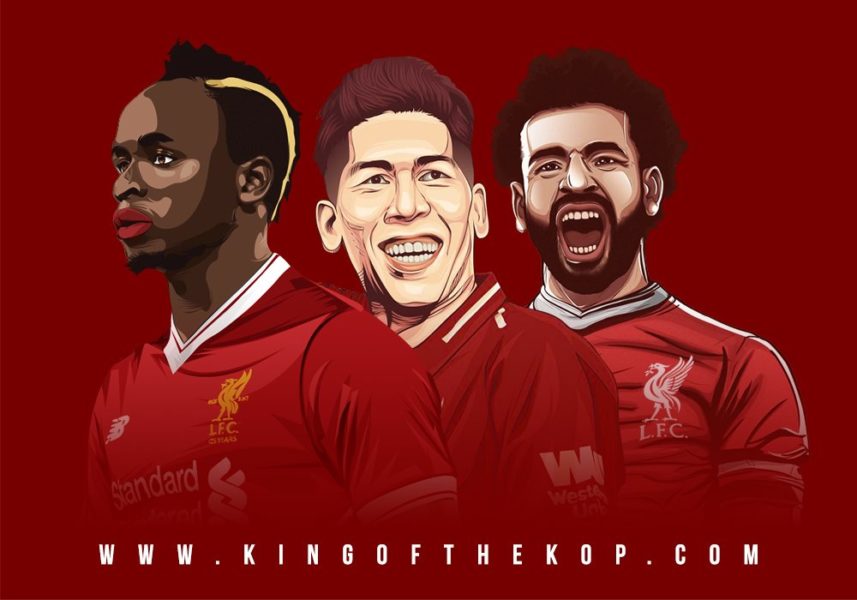 Mohamed Salah’s debut season was so ground breaking that it was made almost impossible to improve upon in the seasons that followed with the Egyptian netting 32 goals in 36 appearances – earning him his first Golden Boot and establishing Liverpool’s new signing as one of the best in world football on his return to the Premier League. And although this has been the case, the following season was nothing short of world class either as he picked up a second Golden Boot – this time netting 22 goals in 38 appearances in the Premier League. His first season will live long in the memory of many Liverpool fans though – one which mirrored Luis Suarez’s final year with the reds. I will never forget his audacious chip over Ederson to knock Manchester City out of the Champions League in their own back yard or his opening wonder goal against Roma a few weeks later.

This year, much of the talk surrounding Mo has, unfortunately, been bundled with a sense of doubt and hypocrisy and the famous ‘Mo Salah’ chant hasn’t been heard from the Kop as often as it once was. Comments from pundits such as Gary Neville have only added fuel to the fire with the former Manchester United right back stating that Salah is merely using Liverpool as a stepping stone in his career in order for him to get picked up by some of the all-time greats such as Spanish giants FC Barcelona or Real Madrid in the summer.

It’s as though Liverpool fans are scared of a player of Salah’s calibre leaving to go on to better things like Fernando Torres and Luis Suarez did before him – breaking the hearts of Liverpool fans around the world and leaving behind a massive void in the team. Of course, it’s impossible to say what’ll happen, but I think it’s important to simply enjoy a player like Mo and praise the fact that he plays for our club.

On the pitch, Salah has been a dominant force again with 20 goals and 9 assists across all competitions. Perhaps what I love most about Salah is how reliable he is in terms of not picking up injuries. In almost 3 seasons, Mo has been injured for a total of 27 days with 3 separate injuries – making him an available and fit option almost any time he’s called upon.

However, there’s also been talk that Salah has become increasingly selfish in possession – not choosing the easy pass/option and opting to go it alone – often losing the ball as a result and presenting the opposition with the chance to attack themselves. With this, I couldn’t agree more. It’s often infuriating to see him try and create a miracle when there simply isn’t one to be made. Sadio Mane openly showcased his frustration with him when the reds faced Burnley away from home – cursing and flailing his arms around at him after he tried to go it alone instead of passing to Mane who was running alongside him. This, of course, spurred on numerous headlines suggesting that the pair had fallen out before the duo laid these claims to rest on social media.

If Salah can ditch this aspect of his game and accept that he’s not always going to be in the form of his life then I’m sure he’ll remain a popular figure amongst supporters and go down as one of the best to ever play for the club.

Whilst Bobby might not score as many as Mo or Mane, it cannot be understated how instrumental he is towards Liverpool’s success. He’s become somewhat of a big game player like Divock Origi, with his clinical goal in extra time of Liverpool’s semi-final game in the Club World Cup sending them to the final before he went on to score in extra time against Flamengo as well – crowning Liverpool as champions of the world. Had it not been for Adrian’s disaster class at the back of the pitch vs Atletico Madrid, then he almost certainly would have sent the Reds through to the quarter-finals of the Champions League for their third successive season.

Not only this, but Bobby has scraped the Reds over the line in the Premier League as well, coming up with the answers when no one else could with winning goals against Wolves, Crystal Palace and Tottenham. When he’s not scoring goals, he’s often providing an essential, attacking threat at the centre of Liverpool’s front three – something which can often be overlooked and criticised by rival fans. Despite this, he remains a fan favourite amongst supporters and I’m sure that we’ll be able to enjoy his stylish celebrations and cheeky skills for many years to come.

Like Liverpool captain Jordan Henderson, Sadio Mane has put himself up there as a strong contender for PFA Player of the year this season. A generous, kind-hearted guy off the pitch and a ruthless, clinical finisher when he’s playing, Mane has truly become one of the best wingers in the Premier League with 18 goals and 12 assists in 38 games across all competitions.

Liverpool knew that they had a special player on their hands when Mane’s goal against Arsenal in 2016 instantly became a contender for goal of the season on his debut for the Reds and I’ve always seen that goal as the perfect presentation of everything which makes Sadio Mane one of the best in the game – his pace, his physical dominance over defenders which allows him to shrug them off the ball and the accuracy of his shots – it was all there and Jurgen Klopp’s reaction to the goal told us everything that we needed to know.

In the best way possible, it has been more of the same from the Senegalese winger this season, but his assists in particular have been something to behold. His instinctiveness allows him to spot the player in the best position to score before he executes the pass at the right moment – letting those around him get on the score sheet as well. He really has become the complete package – a player which almost every club would love to have in their side.

Matthew Hardiker
I'm a Journalism and Creative Writing graduate from Manchester who has written and edited content for a student magazine The Demon and for The Leicestershire Press. I have followed Liverpool FC and been passionate about writing since I was a child and I hope that I can use my writing experience to create unique and engaging content here on King of the Kop